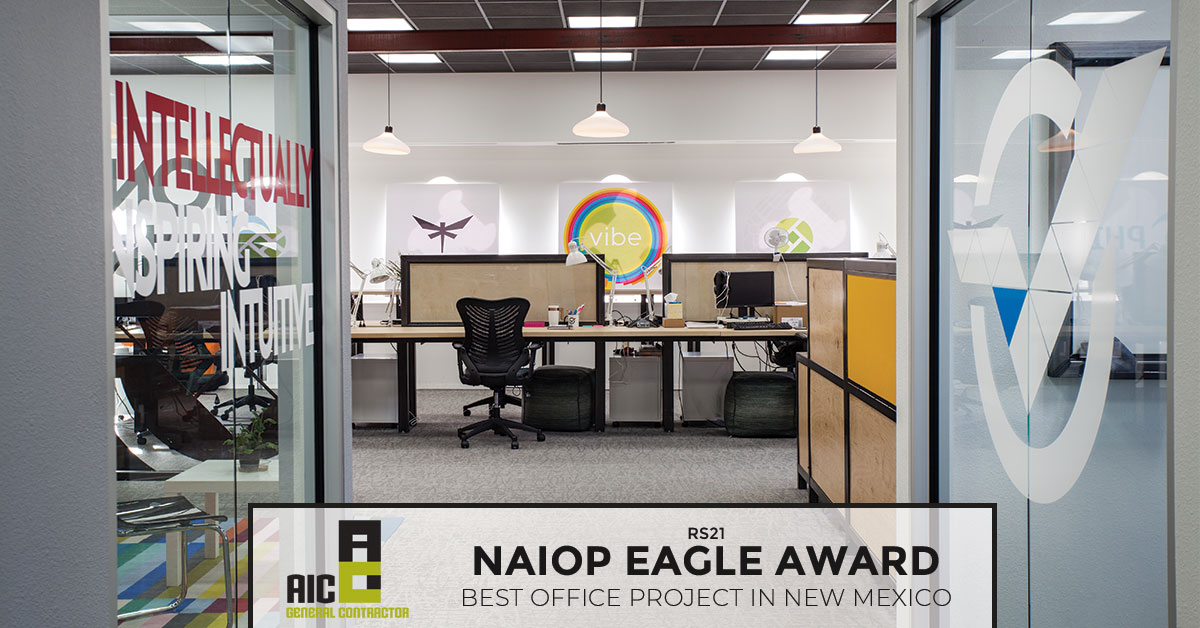 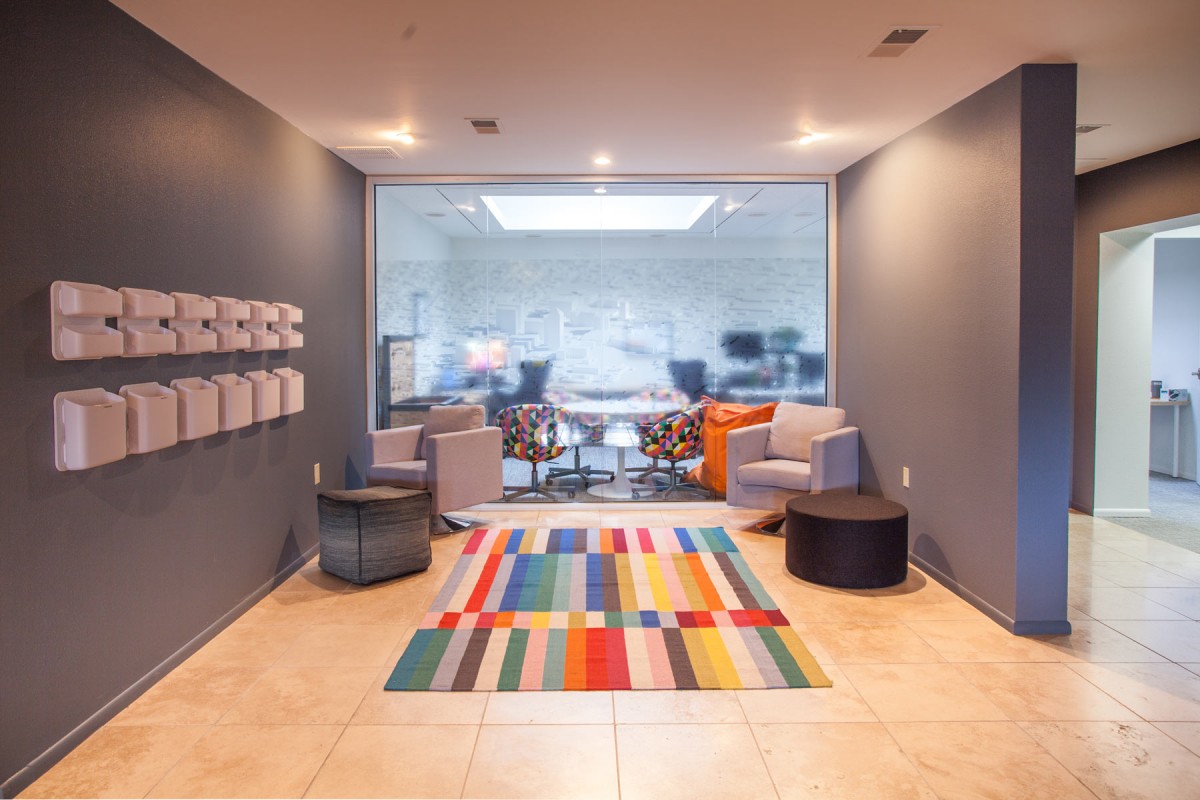 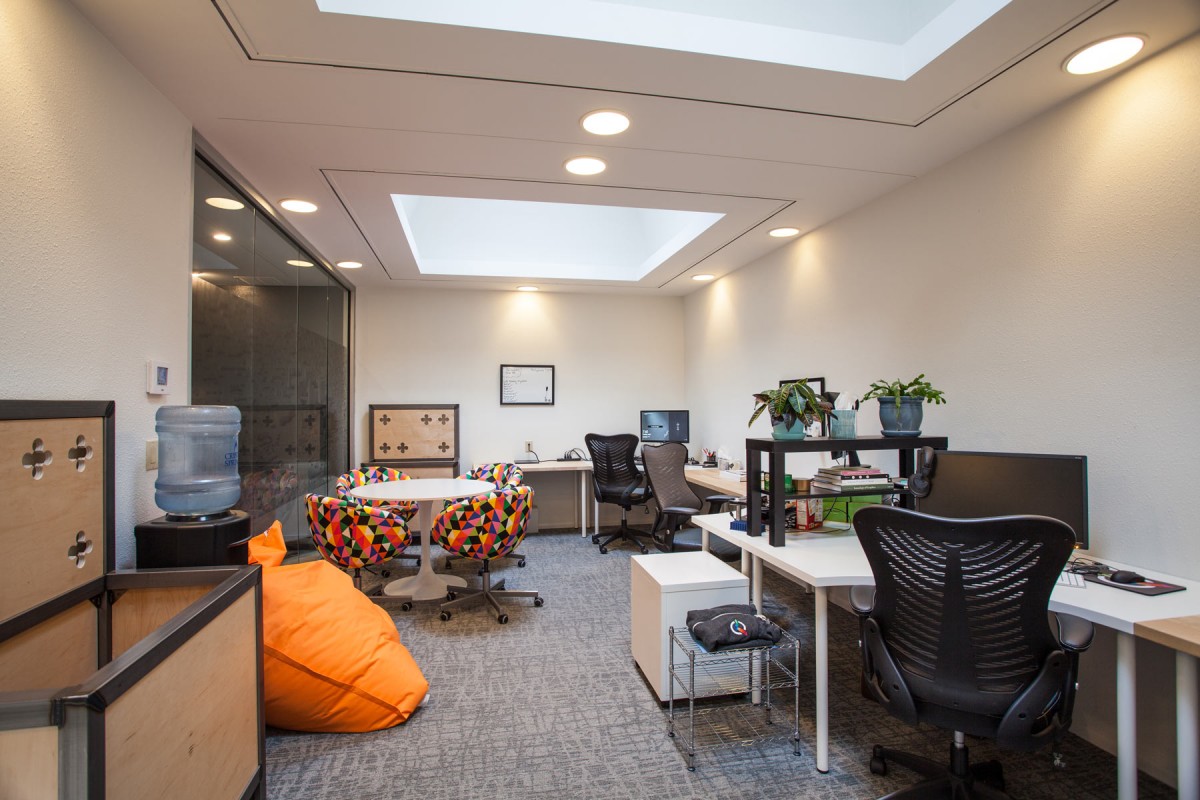 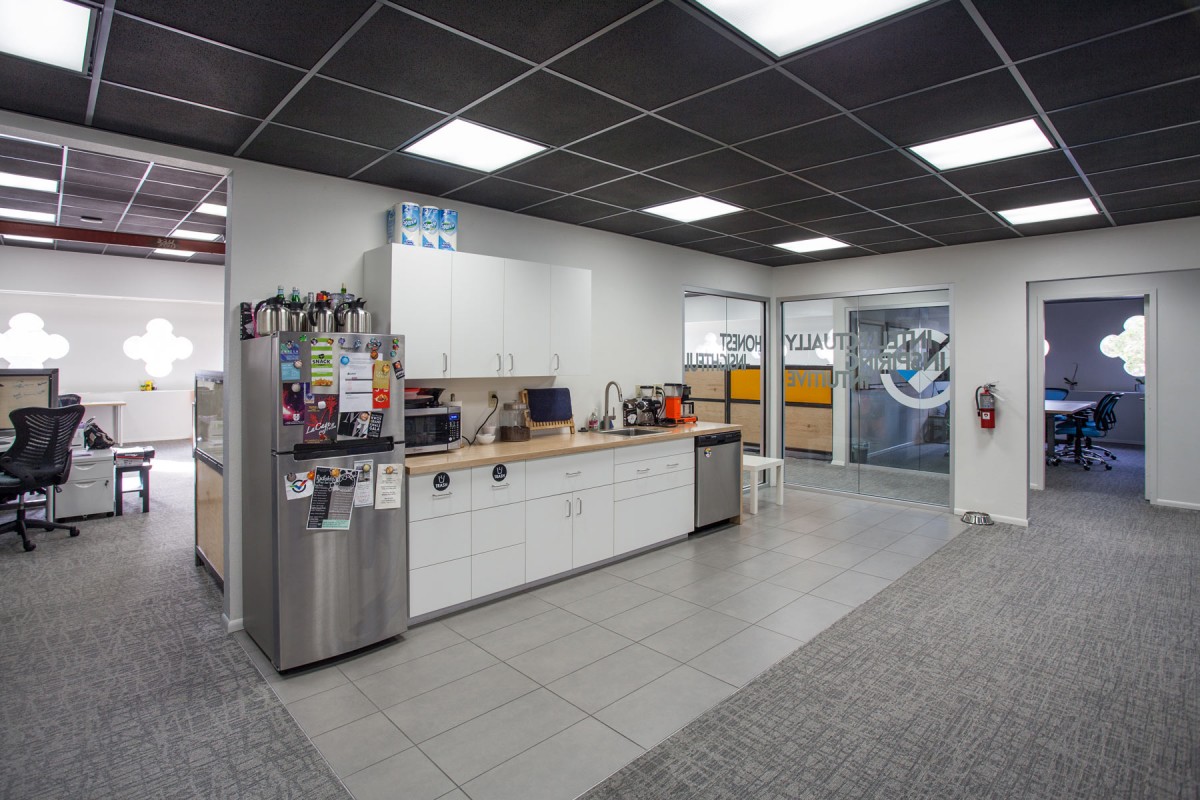 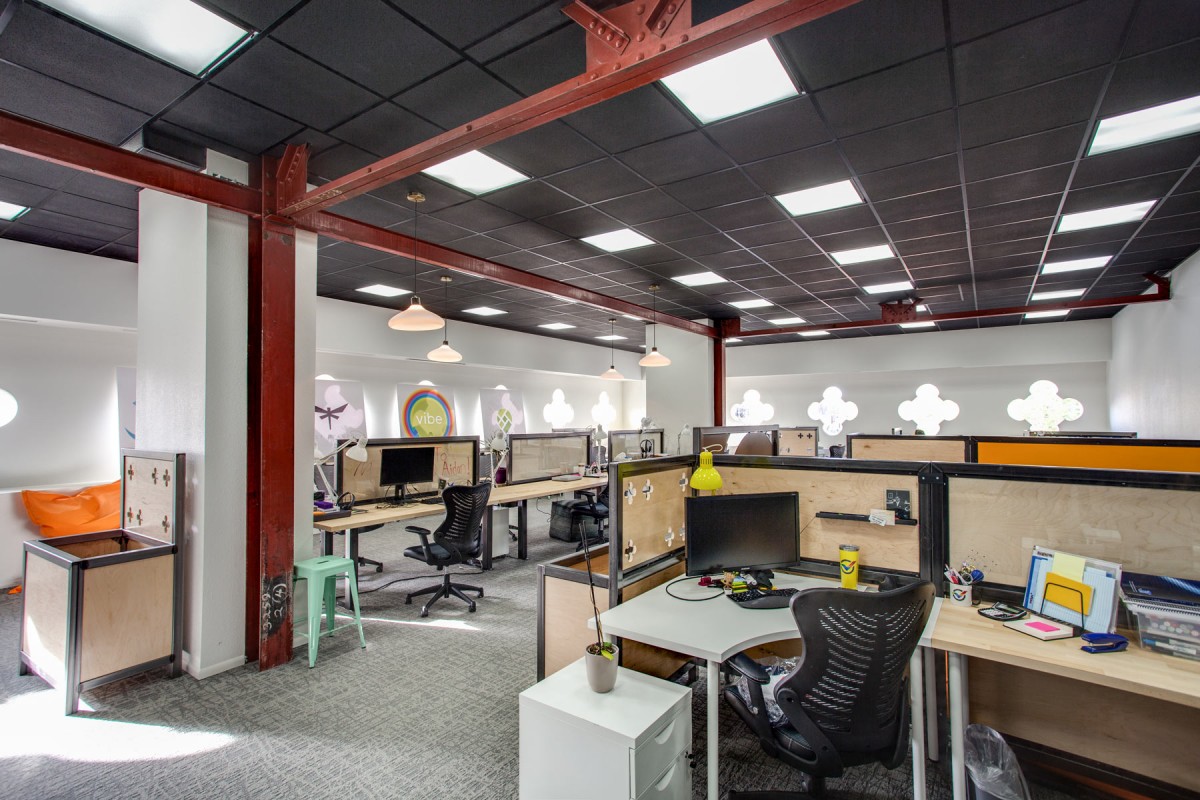 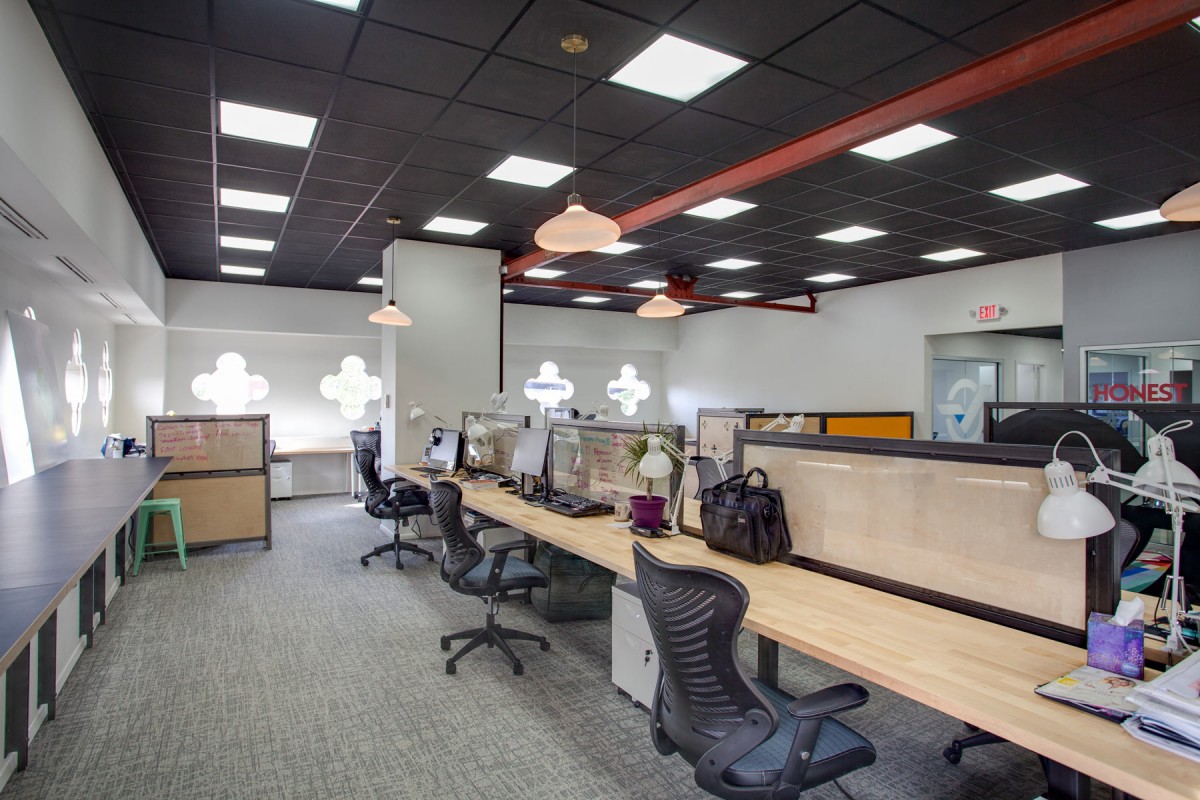 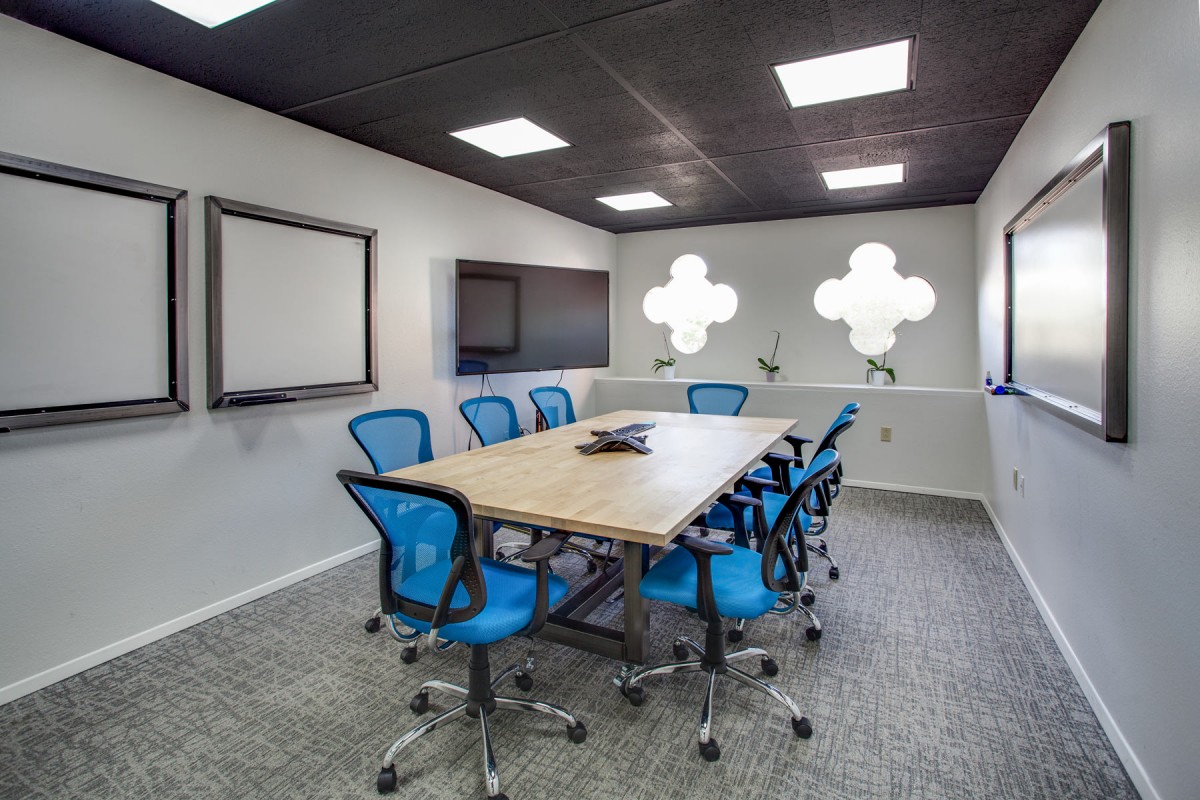 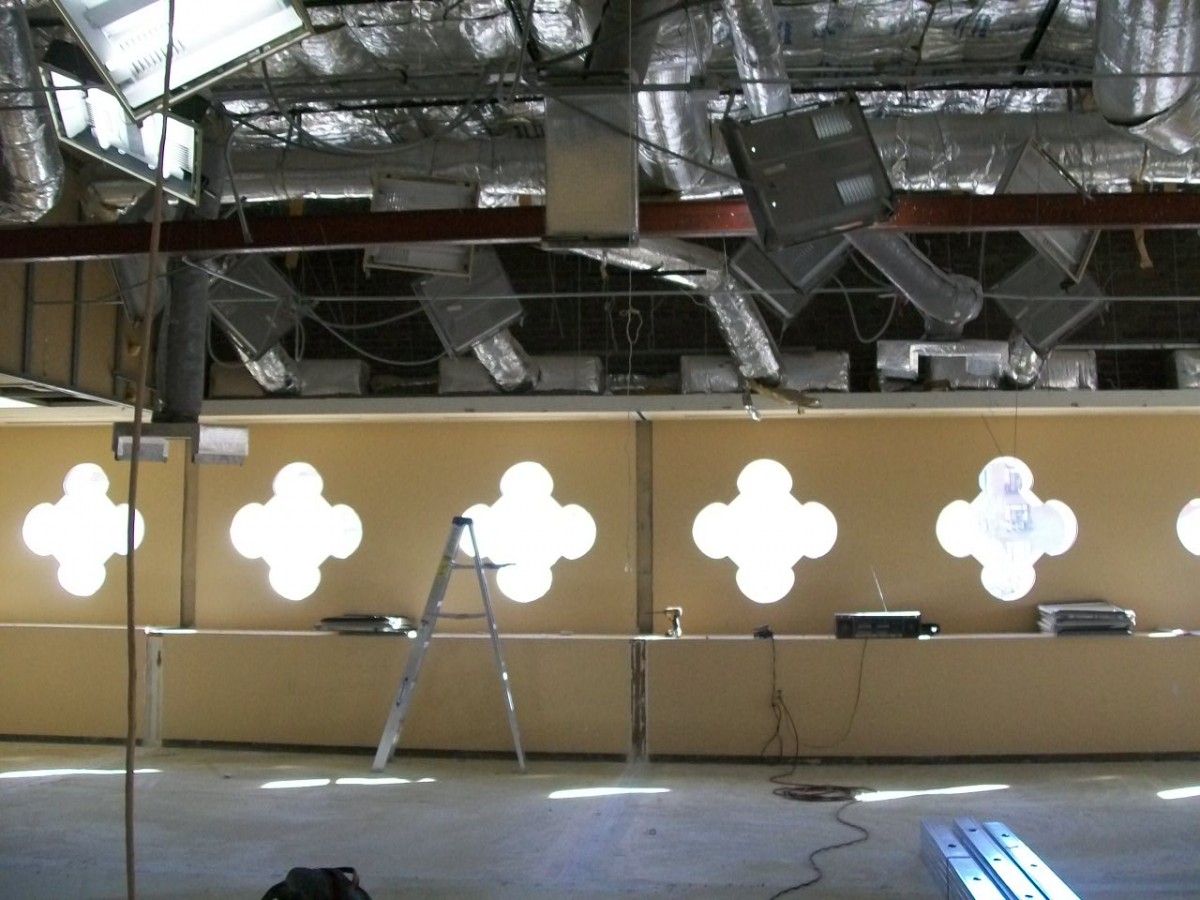 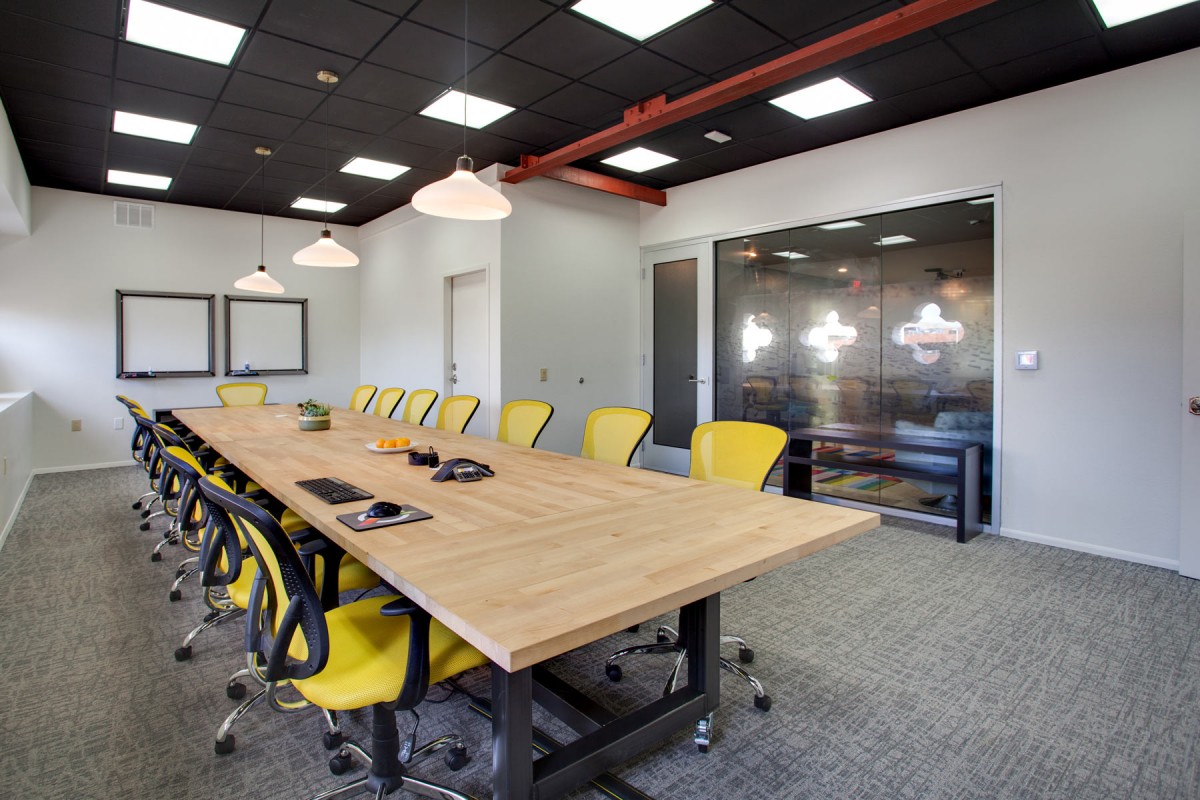 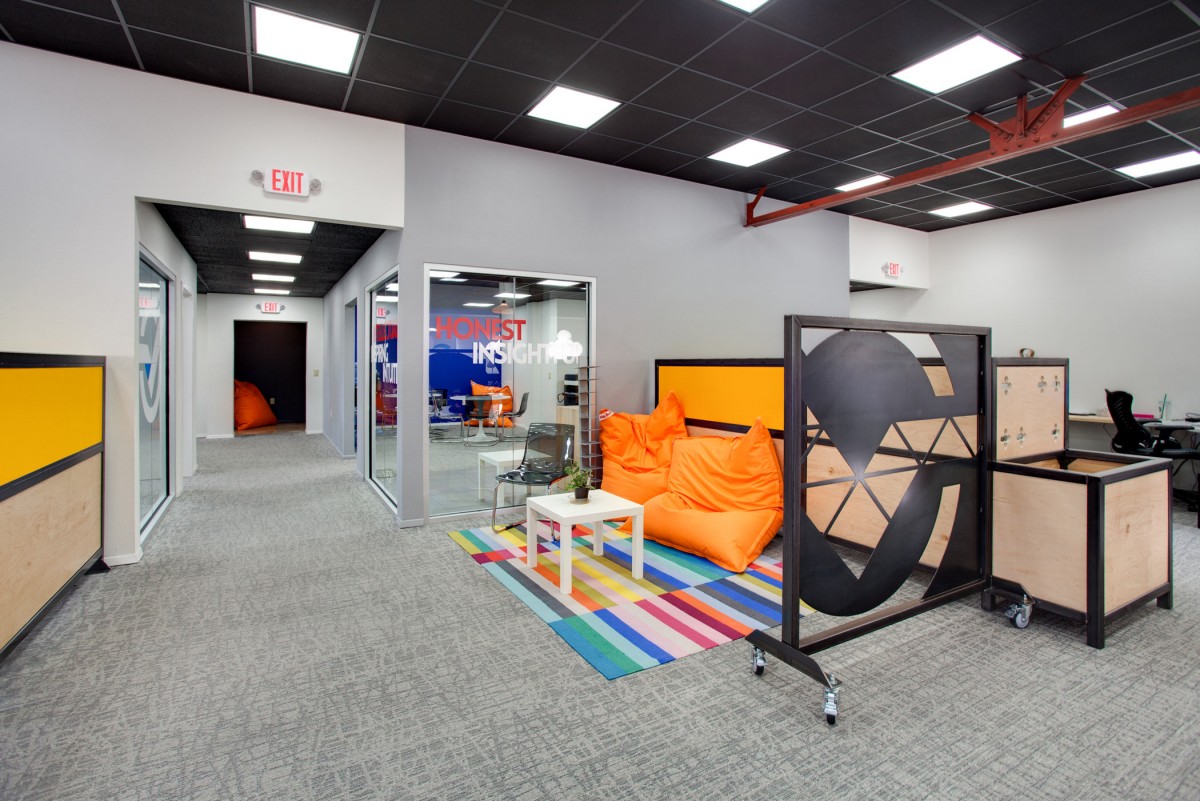 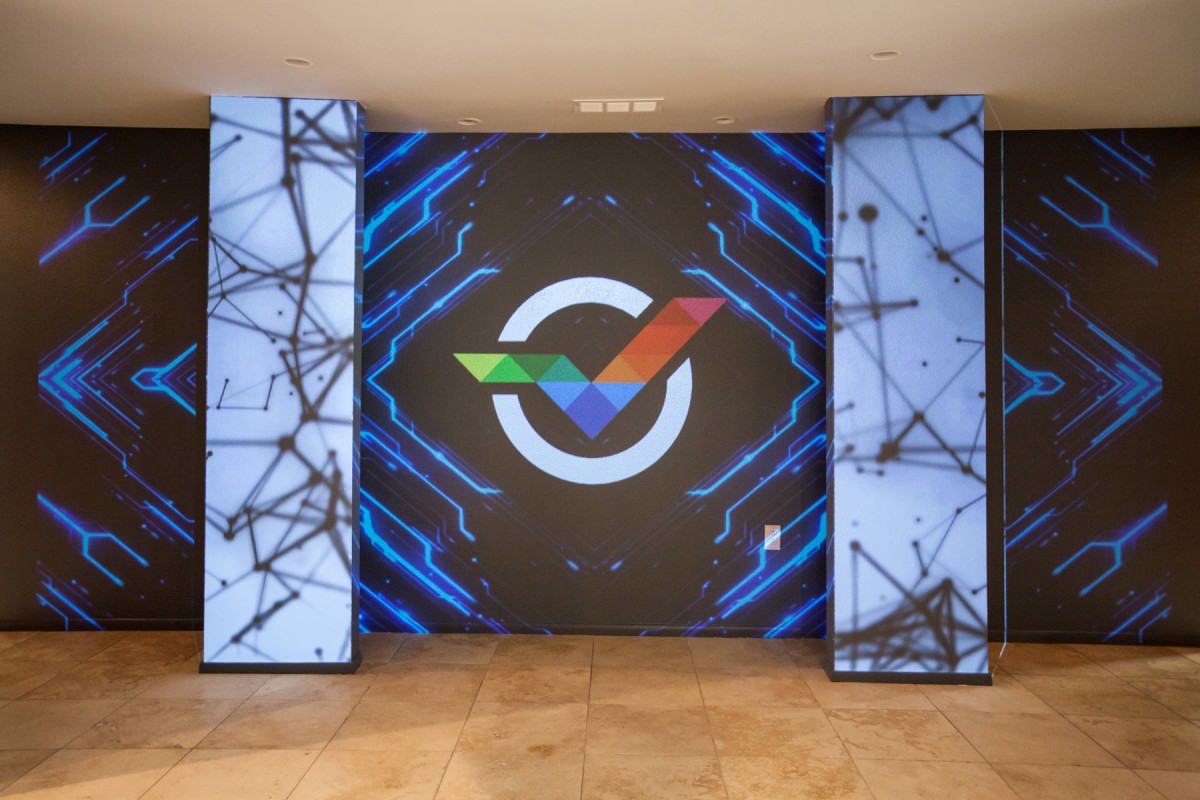 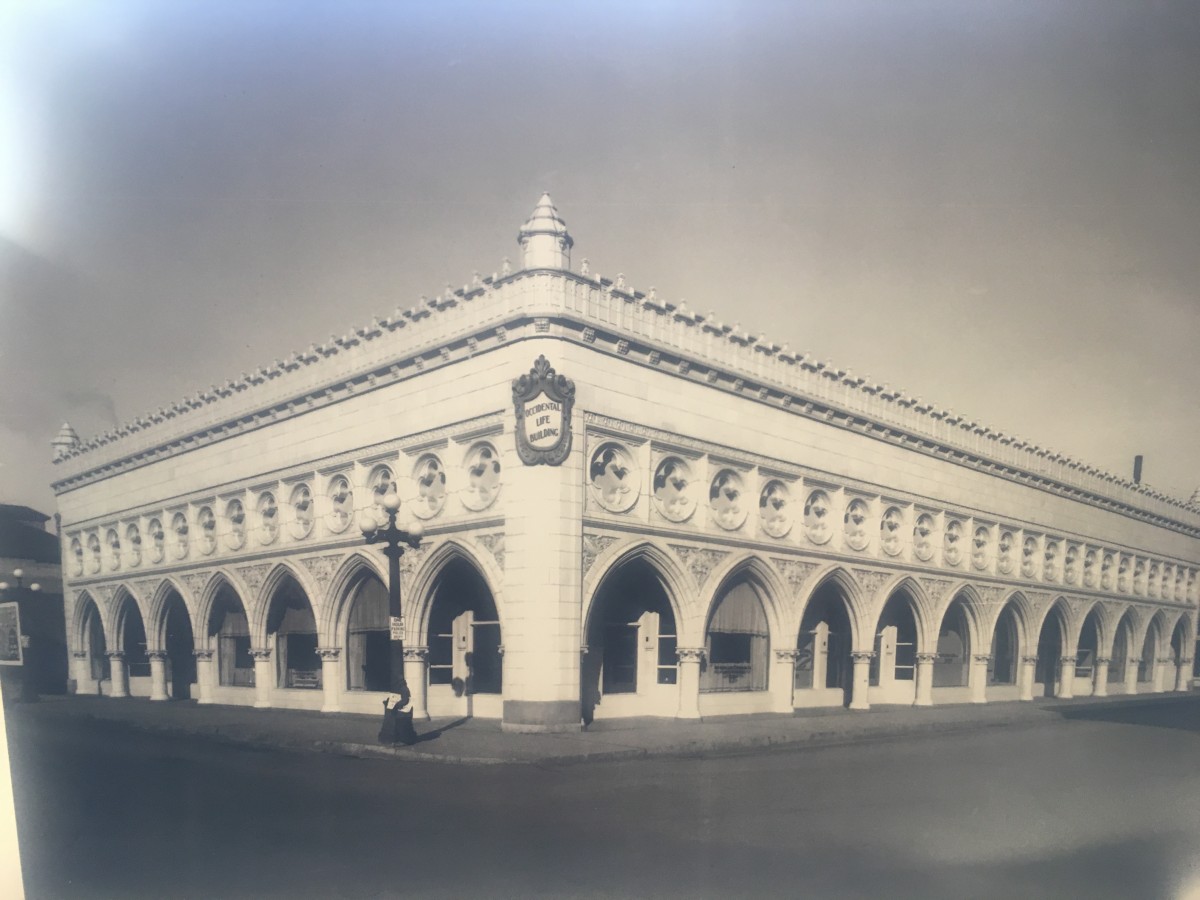 The Occidental Life building in Downtown Albuquerque celebrated its 100 year anniversary this year and building ownership have made a commitment to maintain it’s Venetian Gothic revival style on the outside while bringing interior finishes and systems up to current codes and standards. Precious few historic buildings have survived this long in Albuquerque and selecting the right design team and General Contractor were critical in making sure that this directive was met.

RS21 is a local start up company that helps cities throughout the United states and other countries solve major problems with user friendly data analytics. This type of business needed a space that could help them showcase their work to clients while also providing a work environment that would be inviting and a draw to promote the creative minds needed to do their work.

The majority of the interior of the second story office space was gutted to make way for higher ceilings, large collaborative work areas and new glass walled conference rooms. The steel structure that was installed mid century during a remodel was exposed and integrated seamlessly through the drop-grid ceiling for a very unusual and appealing look. The original steel markings from the mill were maintained for aesthetics. New, steel and wood workstations and storage systems were installed that feature the same unusual but attractive Quatrefoil windows that circle the exterior building. Butcher block tops and a new break room were installed with glass walls to promote the transmission of natural light.

The entrance to the space doubles as a reception area and projector screen wall that displays RS21’s current designs and works. As the downtown market continues to evolve into millennial friendly offices, RS21’s design and execution shows that converting 100 year old buildings in to today’s uses is possible