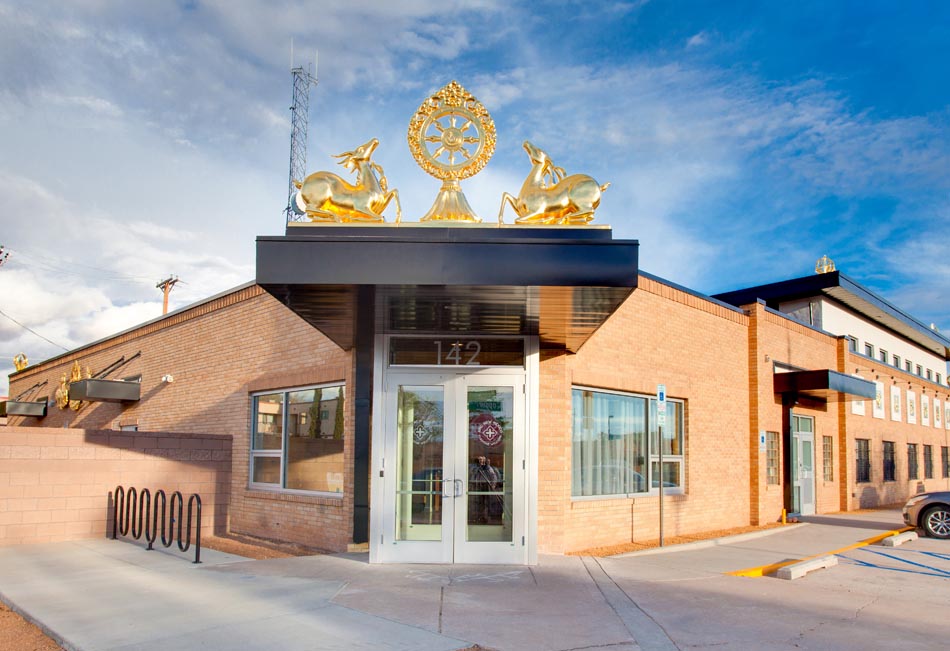 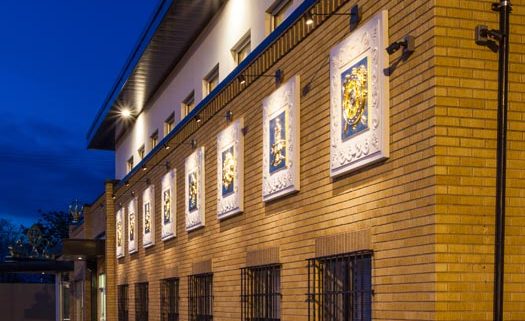 Originally located at 8701 Comanche NE, the Kadampa Meditation Center had long outgrown its current building and desperately needed a new home. In searching for a new building, the administration of the local Center along with their national organization (the New Kadampa Tradition, the International Kadampa Buddhist Union) had several criteria which had to be met. The new space had to be large enough to accommodate two to three times the 100 people the center could currently accommodate and had to either be currently open and airy or able to be renovated to be.  The building purchase and renovation budget had to be carefully considered as well as the ease of access for residents and worshipers.

Affer a long search, the Center decided on the “old Red Cross building” at 142 Monroe St. NE. Although the building was not exactly
what they were looking for, with the help of AIC General Contractor and Thomas Gifford Architect, work began to make the dream of a
new building for the Center and an Urban Temple for Albuquerque a reality.  The team was able to work together to create a budget friendly design and AIC was able to work with the group to value engineer the entire project for an overall cost savings of $150,000 — all while not compromising on the overall look and feel of the project.