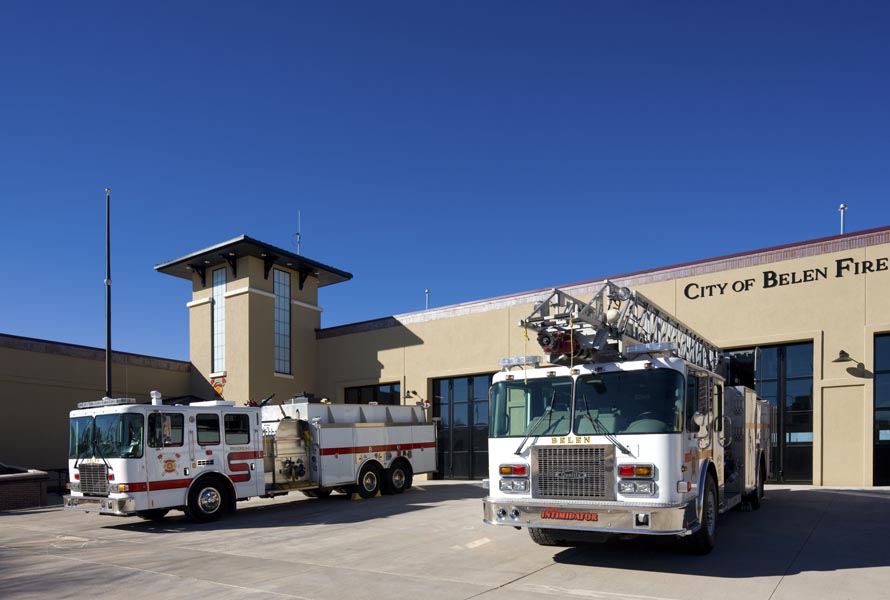 Usage to AIC and Molzen Corbin 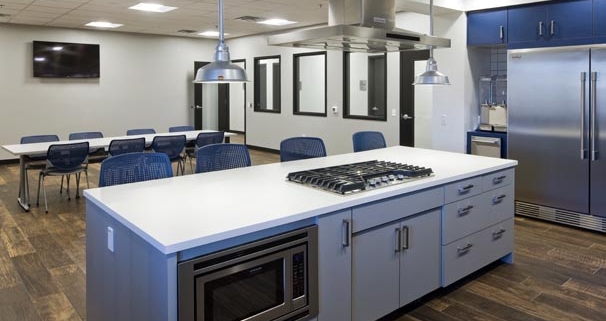 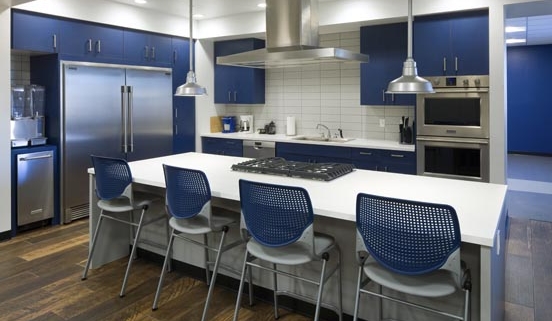 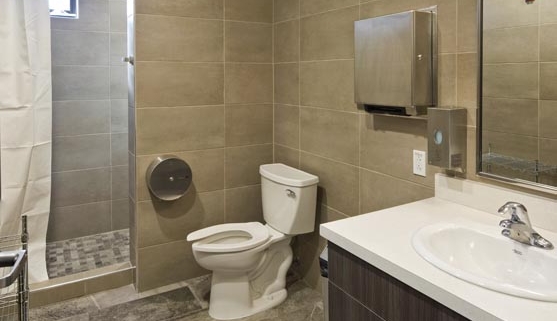 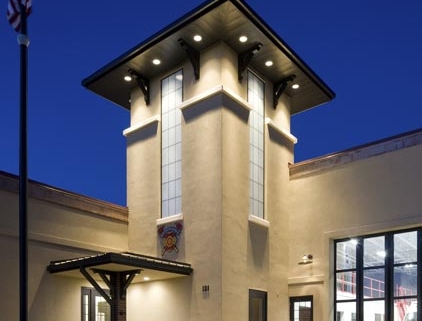 Established in 1921, the Belen Fire Department had maintained a semblance of presence at their old location since that time. For decades, the city had hopes and plans to build a much-needed new fire station, but finding funding for the project never materialized. In March 2016, the mayor and councilors, as well as Fire Chief Manny Garcia, made a plea to the public and asked city residents to approve a $4 million general obligation bond to build a new fire station, which they did, 397 to 155 votes.

This 12,000 sqft, state of the art fire station showcases (5) rapid-open, Swiss made, folding bay doors to expedite response times. This new facility houses complete offices, a training room, walk-in emergency treatment room for the public, conference rooms, a day room for the fire fighters, a fully functioning kitchen, exercise and sleeping quarters. Having the capability to have this many services in one facility adds value to the project as a whole and coordinates emergency services to reduce delays. The design of the building maximizes site conditions to allow direct exit/entrance capabilities to the neighborhood while maintaining a visually appealing building that harkens back to Spanish historic buildings in and around Belen. The tower, which serves as the apex of the truck bays and the housing center, doubles a training stairwell for fire fighters.

Prior to construction, the old shop site which the new Fire Station was to be built upon had to be abated from PCS (Petroleum Contaminated Soil). Nearly 2,000 tons of contaminated soil had to be removed in strict compliance with local and federal guidelines. Once cleared, the 1,200 Cubic Yards of new soil had to be brought in to replace what was removed. The Swiss door company that provided the Bator brand Rapid Open technology for the bay doors did not have an American presence so international coordination needed to take place for exact adherence to installation guidelines and “hold to” dimensions needed to be maintained since once the doors entered manufacturing and starting the long journey to Belen, they could not be changed.

The new station, at the corner of Fifth Street and Castillo Avenue, is more than 12,000 square-feet, three times the size of the old station. There are five drive-through bays, so trucks won’t have to be backed in or out of the building. The department now has three engine companies, one ladder truck, two brush trucks and two medical units, and responds to about 3,000 calls for service a year. The $4 million bond paid for constructing and furnishing the new station. In the early 2000s, there was a vision for downtown and Belen as a whole, the chief said, and it included a new fire station. The part always missing was the money. Time after time, after Garcia became chief in 2007, he went through the arduous task of applying for federal grants, only to be rejected every time. “It kind of crushes you. So, we turned to the community and we are very fortunate the Belen taxpayers stepped up, especially during hard financial times,” Garcia said. “To me, a fire station is the heart of any community. People stop by not just when there’s an emergency — for information, directions or just to see the trucks.” This decades in the waiting Fire Station is a true success story for the entire community of Belen New Mexico and it’s surrounding communities.