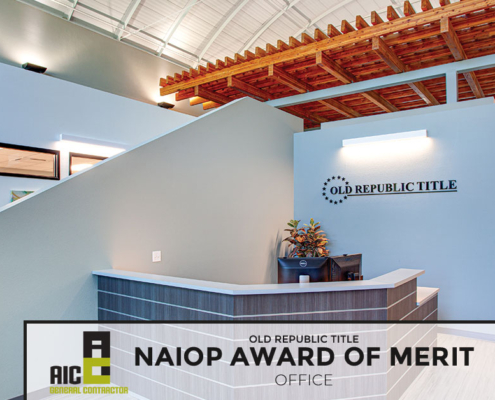 For years, Old Republic Title had operated many of their services out several smaller locations as well as their main office located at the @25 hub. When the space next door became available to them, they jumped at the chance to be able to add the 15,000 sqft of office space to their existing office, allowing them to essentially create 2 campuses of services at one location. This also allowed them to relocate their main entrance to a more inviting and enviable East facing direction to the main Jefferson corridor as well as update their existing spaces with new finishes and consolidate services in a much more efficient “work flow”. The design was closely detailed with all department heads to ensure that all needs would be addressed and met with phasing schedules put in place, prior to construction starting so that a clear understanding and direction was set in place to move quickly and with as little amount of disruption to the client as possible. This was certainly achieved.

All existing medical exam rooms in the expansion area were removed in their entirety along with offices, conference rooms and mechanical split systems that were utilized for the previous tenant. New up to code mechanical electrical and plumbing systems were installed along with high end finishes to accentuate the reception area and customer closing rooms. New copy centers for employees were built out for quick access. Storefront glass windows and systems were installed to facilitate the use of existing natural light in to the space.